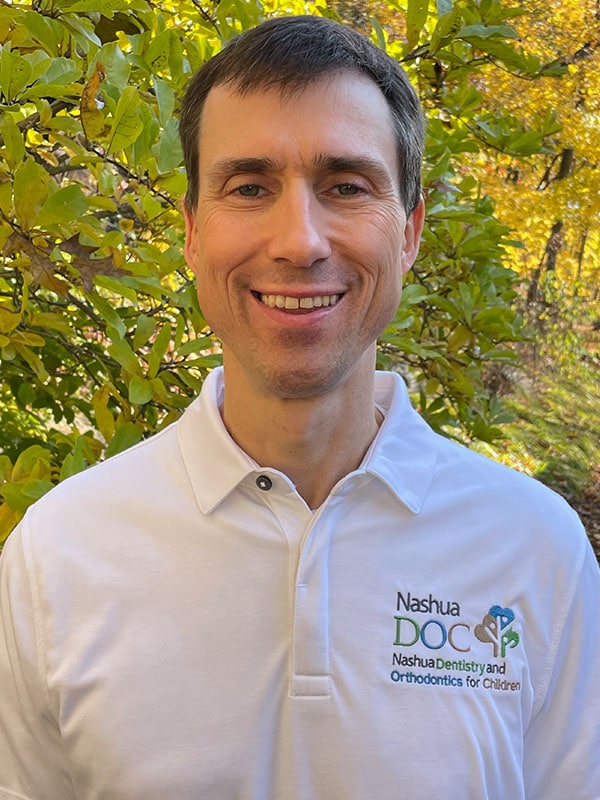 Dr. Joe Becht believes that visiting the dentist should be fun. He grew up on Long Island, New York, looking forward to visits with his own wonderful family dentist. Treating children was the most enjoyable part of dental school, so it was a natural progression for him to pursue specialty training in pediatric dentistry. Dr. Joe loves to create a joyful, fun and safe environment for children and their families so they can develop into adults who are excited and motivated to take care of their smile. He feels so grateful to be a part of the amazing NDOC team.

In his spare time, Dr. Joe can be found spending time outdoors with his wife and three daughters. He enjoys volunteering at their schools and coaching his daughter’s youth soccer team. When not on a sports field with his kids, he is often shuttling his girls to and from their dance classes. He loves to garden in the summer and watch the Patriots with his family in the winter.

Back to Meet Our Doctors
HOME